skip to main | skip to sidebar

Lately I have been making an effort to actually do some of the things that I have “pinned” on Pinterest.  There are so many fun ideas that it can be overwhelming, but I have decided that I will pick 1 fun new activity a week + 1 new learning activity that goes along with what Collin’s teachers are doing at school.

Collin has been loving it & as soon as Gracie goes down for her morning nap he starts asking what “project” are we going to do :)

Each day we are home I pull out a special book that is only for “Project Time”.  It is basically a preschool workbook that has tracing activities in it along with letters.  Collin picks out a page, then we work on it together.  When he finishes he gets either a special sticker that is just for “Project Time” or an M&M :)

Next we pull out his special Spiderman notebook where we practice drawing the “letter of the week” from school…this week is “B”.  We have only been home 2 days this week, but he is already starting to be able to make somewhat recognizable “B’s”.

Then, depending on how much time we have I start our Pinterest Idea.  Here are a few of my favorites… 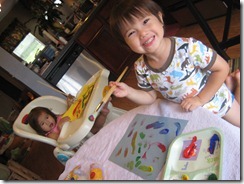 This was just plain painting, but he LOVES it :) 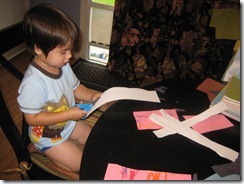 We made an American flag.  I drew lines on the paper & he cut out all of the red & white stripes himself! 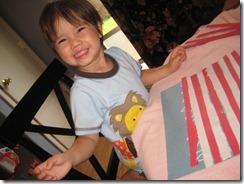 Then we glued them on in a pattern. 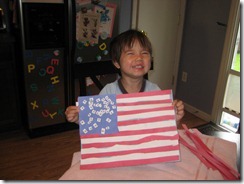 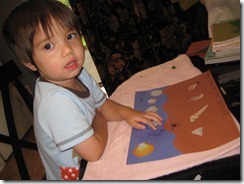 We also made a land & sea picture (idea stolen from VBS) and used stickers & drawing to put animals where they live. 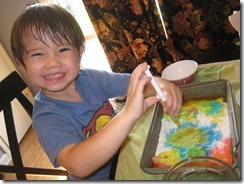 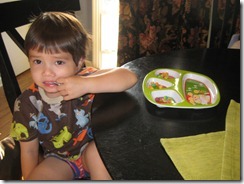 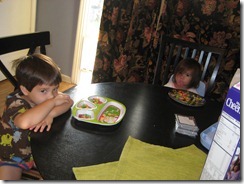 Grace enjoyed this one too! 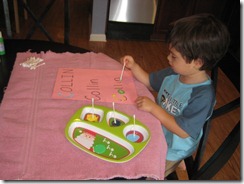 This was one of my favorites…I drew Collin’s name on a piece of paper and gave him a Q-Tip and paint to make dots following the lines of the letters.  I did 1 to show him & he filled out the rest – mommy was so proud :) 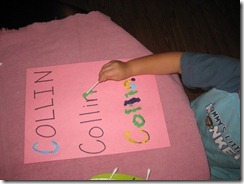 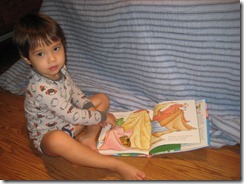 This was an idea I got from their school, to pick a book and focus activities around the book.  Collin picked a book and we did everything they did in the book.  He picked “If You Give a Pig a Party” 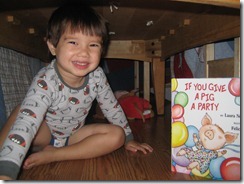 We built a fort out of blankets, decorated with balloons, and had a pillow fight. 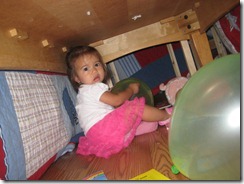 Grace enjoyed the fort too :)

I’m not perfect, but I am trying to be more intentional with our home time.  And it is fun too :)

Son and Julie
Son & I met in 2004, and have been married since April 2006. We currently live in Jacksonville with our 2 kids and our Italian Greyhound Beau. We welcomed our first child, Collin James into the family on April 16th, 2009 and two years later we welcomed our second bundle of joy, Grace Anna, on April 13th, 2011. We love the Lord & each other, and are very blessed to have the best families and friends that anyone could ask for. We are very involved at our church - First Baptist Church Jacksonville, FL. We spend most of our free time with friends.